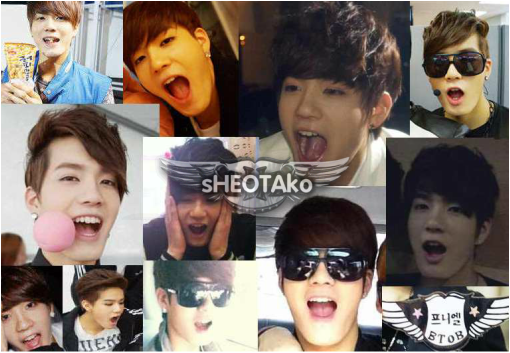 Most of his selcas, airport, and random pictures were like these. I don't mind, I just wonder. Was it Sungjae who taught him this or is it the other way around?

Hey, I like your jawline kid. Manly-ish and soft at the same time?

I guess we always learn something new per day. Google-d it, PENIEL means 'face of God'. You're blessed.

*I don't own the pictures. Thank you for offish and non-offish pictures.* 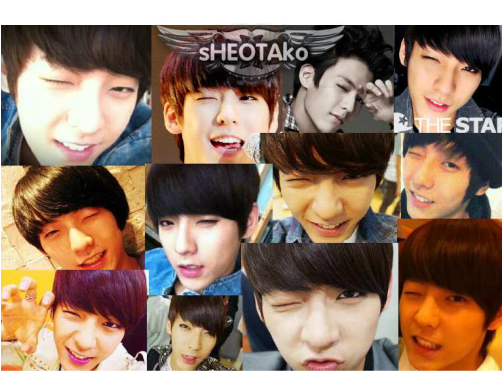 THIS GOES FOR my Arian-chingu.

I knew it! You're a hip-hop girl at heart! You're too captivated with this boy's wit and rapping skill, no?

Hey, I had a hard time with his pictures. I had to DL even those without the winking...he's just too adorbs.

and, Minhyuk was the first member I had a listen to...because, again, I love rappers!

*I don't own the pictures. Thank you for offish and non-offish pictures.* 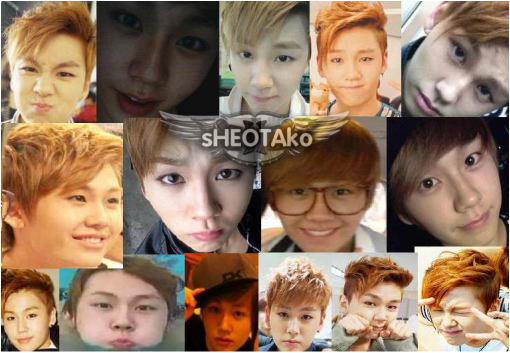 I'm sorry the pic quality turns bad when I place the watermark thing.

Anyway, this kid. I just want to poke his cheeks on my computer screen. Someone would have to stop me to squish his cheeks if I ever get to meet him personally.

This goes for dear Kat, a really cute new friend, who's as talkative as me I guess. :) Hwaiting for ur thesis girl!

*I don't own the pictures. Thank you for offish and non-offish pictures.*
Oh, this awkward kiddo~

I really find him NICE. True and simple, like an innocent kid ~ no, an INNOCENT KID really.
Though he grew up in America (stereotyping him as liberated), he seems like the most lost and innocent one in the pack of these gorgeous boys. Well, probably because his Korean-American and living the Korean culture is still new to him. It'll take a long while, maybe, to get used to it. That's what I think.

Anyway, it's his charm being the awkward statue but that is soon to be changed. He's really got a nice voice and it'll be nice to hear more of his american accent korean.

And his voice...oh my. It's like a lullabye. I want to talk to sit down and talk to him over coffee. He can eat my ears off about his day, I won't mind. That's how much I love hearing his voice.